Additionally, he won four world titles indoors and was the 2001 World half champion. In 2001, Haile Gebreselassie conceptualized the Great Ethiopian Run. He has broken 61 Ethiopian records and astonishingly set 27 world records ranging from the 1500m to the marathon. After 2004, Haile focused on road racing and marathons. He continued his successful career with many victories and then retired finally in 2015, although he stated, “I’m retiring from competitive running, not from running.

You cannot stop running, this is my life.” He told BBC sport. Haile was once dubbed by the media, “A man from another planet.” He remains the world record holder at 20,000m, the one-hour race and 10 mile run. Haile is currently the president of the Ethiopian Athletics Federation. He envisions entering politics to further advance the nation. He is also a mentor and ambassador for the G4S 4 teen, a program supporting 14 young athletes. He also starred as himself in the movie Endurance in 1999.

Haile Gebrselassie was born as one of the ten children from his father Gebrselassie Bekele and his mother Ayelech Degefu on 18 April 1973 in the Arsi Province of Ethiopia.

He used to run about 20 kilometers everyday, 10 kilometers to school in the morning and the same distance back in the evening.

Haile’s first race was a 1,500 meters race at his school. Although he was younger than the other competitors, he dashed quickly and managed to win the race. His victory made him to realize his potentials and encouraged him to focus on sharpening his running talent. His talent did not go unnoticed. He was invited to participate in competitions by the Ethiopian national athletics team. The rest is history. 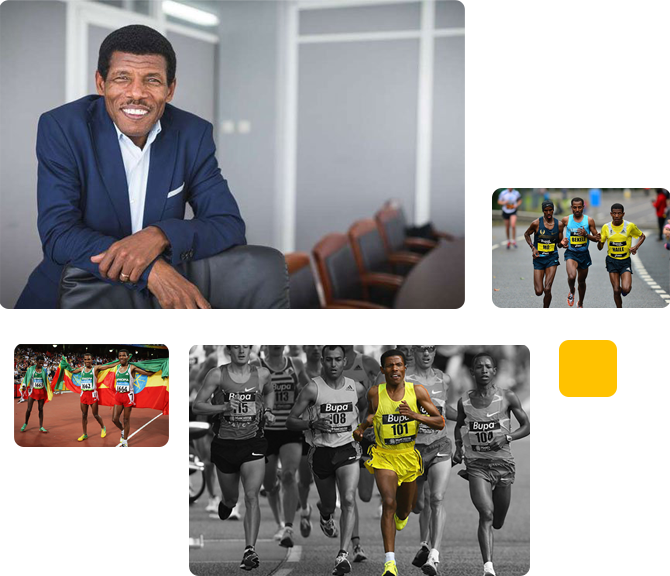 Haile gained international recognition in 1992 when he won the 5,000 meters and 10,000 meters races at the 1992 Junior World Championships in Seoul, and a silver medal in the junior race at the World Cross Country Championships. The next season, during his first year in the senior ranks, Haile won his first world champion title at Stuttgart in 10,000 meters. He went on to win four consecutive world titles at the same distance in ‘93, ‘95, ’97, and his final title in 1999 at Seville.  In 1995, he continued his dominance on the track by inking world records for both the 5,000 meters and 10,000 meters. During the Atlanta Olympics in 1996, he won the gold medal in 10,000 meters without difficulty, which he successfully defended at the Sydney Olympics in 2000. In 1998, he broke world records in distances of 2,000 meters and 3,000 meters. Haile did not face defeat at competitions in 1999 and 2000, not even at a single race.

Haile’s only setback was when he suffered an injury and was not able to train adequately for the Athens Olympics in 2004, thus fell short of winning the Gold Medal for a third consecutive time in Olympics at 10,000 meters. Haile retired from the track and turned his focus on road races and marathons. He was very successful in this as well. 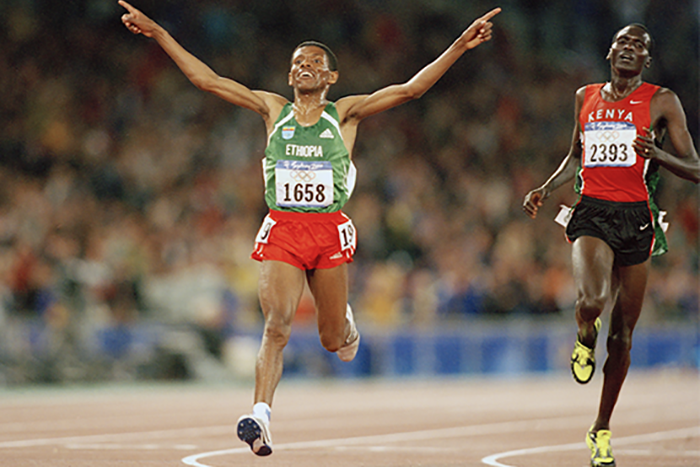 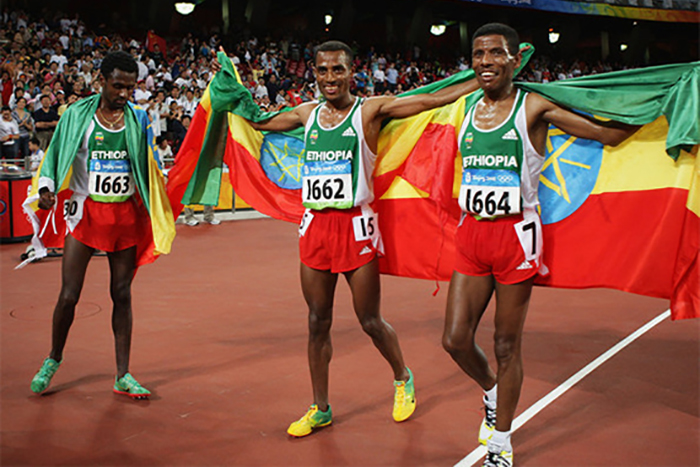 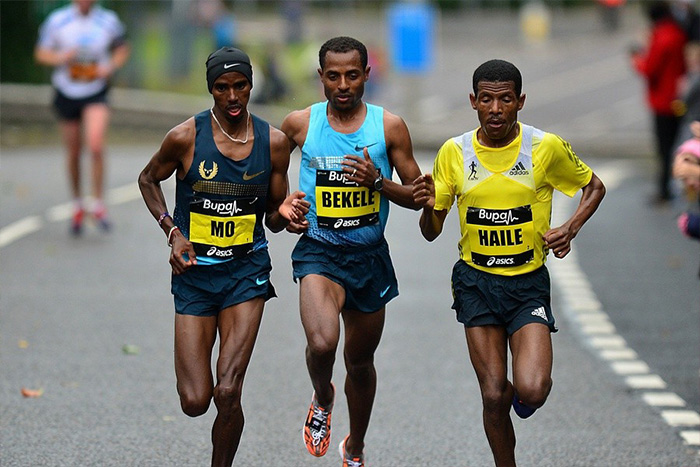